In case you have ever wondered what factors contribute to a person’s blood alcohol concentration (BAC), the answer begins with the first sip of a drink but then encounters many variables, all of which are important in a DUI defense, as well as for your own information.

A brief overview of the process of absorption, distribution and elimination: Alcohol goes down the esophagus and enters the stomach. Right away, about 25% of the alcohol is absorbed in the stomach. The majority of absorption takes place in the small intestine. Once the stomach empties out into the small intestine, the blood alcohol level begins to increase, followed by a peak.  Next, the metabolic process begins in the liver. This is the elimination phase, which culminates with a decreasing blood alcohol level.

Metabolism takes time as there are many processes involved, including oxidation. During oxidation, alcohol is detoxified and removed from the blood. Until all alcohol has been metabolized, it courses throughout the body affecting the brain and various body tissues. There is a very small amount of alcohol that won’t be metabolized but rather excreted through sweat, saliva, urine, and breath.

Due to the slow rate of the metabolic process, it is wise to control one’s rate of consumption to avoid accumulation of alcohol in the body and, in turn, intoxication.  Generally speaking, a person’s blood alcohol level peaks 30 to 45 minutes after ingestion of a standard drink. A standard drink is considered to be 12 ounces of beer, 6 ounces of wine, or 1.5 ounces of distilled spirits (80 proof).

The initial absorption rate in the stomach can vary based upon food intake prior to and during the alcohol drinking. The food present in the stomach will absorb a great deal of the alcohol and delay its passage into the small intestine and its release into the bloodstream. For example, the alcohol absorption rate is 15 minutes to 2.5 hours on an empty stomach, compared to 30 minutes to 3 hours with a modest amount of food in the stomach. Longer still is the absorption time if one has a full stomach, with ranges of 3 to 6 hours possible. If there is no food in the stomach to absorb the alcohol, it passes quickly into the bloodstream, immediately peaking our blood alcohol level. This is why we are told not to drink on an empty stomach. A person’s peak BAC is lower when food is present in the gastrointestinal system, therefore taking less time for the metabolic process and for alcohol to clear itself from the body completely.

If a person pulled over for suspicion of DUI has a high BAC but only had one drink, it’s very possible the alcohol was absorbed directly into the bloodstream, causing the blood alcohol level to peak due to the lack of food necessary to act as a sponge for the alcohol. Along with the timing of food consumption, the amount and type of food a person ingests has a direct effect on the rate of alcohol absorption. Studies have found that people who drank alcohol after a meal consisting of food with fats, protein, and carbohydrates absorbed the alcohol nearly three times more slowly than people who drank without eating.

A particular study conducted only among women, found that women who ingested alcohol with salty foods had a significantly higher BAC than those who drank and ate non-salty foods.

Aside from food, gender also plays a role in one’s BAC, in that women tend to have a higher BAC after drinking the same amount of alcohol as men. Among the facts accounting for this difference, is that women naturally have a lower level of ADH (an alcohol metabolizing enzyme), causing a greater amount of alcohol to reach the bloodstream. Additionally, women tend to have more fatty tissue than men. Fatty tissue absorbs alcohol less effectively than muscle tissue, putting women who drink the same portions as men at a disadvantage, as their alcohol is circulating in the bloodstream as opposed to being absorbed by tissue.

Age also affects alcohol absorption. As our bodies become less lean and lose muscle, greater peak alcohol levels are seen after a night of what used to be “normal drinking”.

There are many factors to consider when drinking, especially if you are driving.  Be aware of your rate of alcohol consumption, as well as the strength and combination of the alcohol you are consuming. Carbonated alcoholic beverages, such as champagne, sparkling wines, wine coolers, or drinks mixed with sodas are rapidly absorbed, as are drinks with a higher concentration of alcohol, such as “Long Island Iced Teas”. Additionally, substances as common as aspirin or ibuprofen can negatively interfere with the breakdown of alcohol in your system. Persons experiencing anxiety or stress might want to think twice about drinking, as their emotional condition could speed up the rate of absorption, causing them to have a dramatic BAC peak.

If facing a Bucks County DUI charge, consult a lawyer who is familiar with all of the variables which should be both acknowledged and scrutinized when presenting a DUI defense. 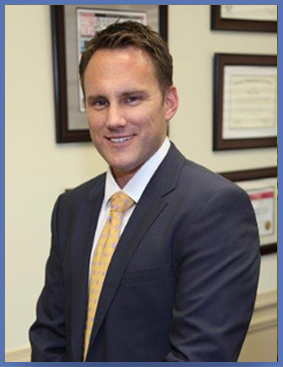 10 Things You Should
Know About DUI in
Bucks County